digging out the fifty dollar bill 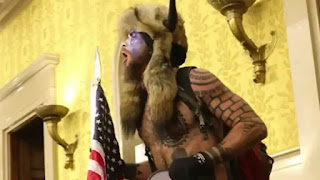 There are people who I deeply, deeply care about who are "stuck" on a new type of political fervor, instigated in the past four (or more) years in either an extreme agreement with or an extreme struggle against President Trump as a candidate and official. It felt like whomever the alleged political "savior" was that there was a sense of an abusive relationship, where the phrase "Well, everyone has their faults..." is used to justify the venom, while "...but everyone also has their strengths" is used to justify any perceived positive.

When I'd ask, "Would you apply that same criteria to the 'other' party's leader," the answer from my loved ones was always rather sheepish and hypocritical.

The challenge is this is a concept that both the Republican and Democratic party have been wrestling with. While Mr. Trump is a brash target, there is a subtle, cultural "yes-ism" that shows up in moderate to liberal circles whenever someone pushes back on whatever the crowd is nodding about.

For example, what would happen if I were to say that abortion is _________ or homosexuality is __________? What are the "correct" blanks, according to the Democratic party? What will happen to my career or reputation if I don't parrot back what the common vote or vibe proclaims to be "truth?" 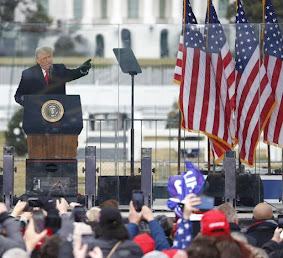 Again, this is true of supporters of Mr. Trump as well. Questioning, doubt, and dissent are discouraged and possibly punished by shunning.

Perhaps the bullying dynamic between these two parties is more blurred right now because we're still in the heat of President's Trump tantrum. He lost, and no evidence has been produced to prove otherwise other than memes that try to say otherwise. Even his own party has recognized he's displaying a blast of horrible leadership at the end of his presidency where his grumbles can turn a rally into a mob. Maybe when the microphone is no longer required to be in his face, he'll buy his own "microphone." Meanwhile, the Republican party to "reset" will likely/unconsciously/consciously pick a lesser-Trump who appears to be calmer, but will be just as flawed... and take us toward yet another broken-down cruise.

Likewise, my guess is the Biden-Harris platform will sometime this year show that its "Camelot" has its own Lancelot/Guinevere slipping about, somewhere within the castle. While "today" things might theoretically appear to have a calmer round table, "tomorrow" it will have to realistically address the ugly inside and outside of it. After all, it can't do what only Jesus can do.

Which brings to mind something I've been wrestling with... 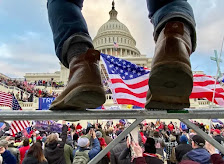 You will be tempted to mistake your flawed Christianity for something more than it is, and something less than it is. You'll wonder if you fit into Church, even though you always will; you'll wonder if it's better to invest into the inside or outside of the four walls of a local church, even though you always will; you'll mistake the finding of people who agree with your version of things as meaning you're the new revolution... versus the one Jesus invented twenty centuries ago that is still very much alive.

No matter how all of this plays out, let's be honest...

We are digging for a 50 dollar bill that's been dropped into a toilet filled to the top with excrement, and the only tool to scoop it out is our own hands.

Thankfully, as Christ-followers we have access to the One to Whom "if we confess our sins, He is faithful and just to forgive us our sins and to cleanse us from all unrighteousness." We have access to the one who has crap on His own hands, and won't stop diving in "while we were yet sinners."

Each of you should look not only to your own interests, but also to the interests of others. Your attitude should be the same as that of Christ Jesus: Who, being in very nature God, did not consider equality with God something to be grasped, but made himself nothing, taking the very nature of a servant, being made in human likeness. (Philippians 2:4-7)