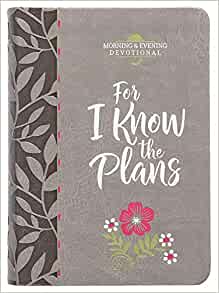 My family and I have been reading through a devotional book called “For I Know The Plans.” Today’s “January 20” devotion, written two years ago, seems to fit the transition of power and Inauguration events of today rather well. I’ve included it below.

Whether you’re deeply sad, deeply excited, or not sure how you feel today, there is some perspective to mine here. Remember, politics are clothing… don’t turn them into your backbone. Our Savior is not anyone we elect or have elected, but Jesus alone who chose to make it possible for us to receive Him.

“Then Jesus said to the centurion, ‘Go! Let it be done just as you believed it would.’ And his servant was healed at that moment.” (Matthew 8:13)

These verses can easily be ones that we pass right by. “Great! Another person put their faith in Jesus for something; that’s how it’s supposed to happen.”

What we might also want to notice is the word “centurion.” This is the “enemy” – a soldier from the Romans. The Romans, particularly the soldiers, were infamous for terrorizing the Jewish people. And now, Jesus has the audacity to not only have a conversation with this man, and not only heal the man’s servant… but he also later praises the man’s faith.

Do you ever have those moments when you see the people that seem least deserving of something, somehow get something good? It causes you to wonder, “Even them?” with great surprise.

This is what Jesus does… He rattles our perceptions, and starts throwing curve balls.

As you reflect on your day, might there be interactions with people with whom you don’t normally interact? Are there people in your life that you would rather just write off? When Jesus interacted with the Roman officer and healed his servant, He’s acting out of His own principle to love one’s enemies. This is hard to do because it messes with our plans.

As you continue to grow in your faith, God may continue to shift you around in ways that call you to reach out to others who seem least deserving. It’s helpful when you reflect on just how undeserving we all were of God’s love and yet He extended it to us in Jesus. We are called to the same kind of action, no matter where your plans take you.

“God, help me understand that no matter what my plans are, I’m still called to love my enemies.”