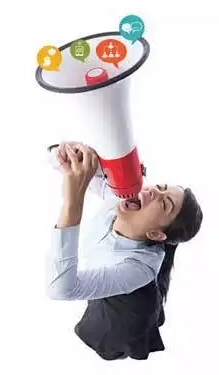 I'm noticing a lot of "expert venting" online this week, especially about hot topics. Shoes and Singers. Freedoms and Flags. Trials and Testimonies. Vacation and Viruses.

I didn't know we all knew so much about everything and everyone.

Meanwhile, I'd like to offer... that it's Easter weekend.

For some, this means tradition - Maundy Thursday, Good Friday, Silent Saturday, Resurrection Sunday. It could be seen as a time to be nostalgic and traditional for a moment, but "let's not get carried away."

For others, Easter means nothing. Except maybe for the fun stuff, like candy and baskets. I mean, who doesn't like another excuse to eat a Reese's Peanut Butter Cup (shaped like an egg)?

And for even others, this weekend means everything... because Jesus lived, died, and then suddenly... wait, what? Even people who didn't follow Him historically noted His Resurrection. But it was more than historical, wasn't it? Because even today He's truly changing lives among those who say "Yes" to Him.

Pardon me if you're not in that last category. I'm sure you're shaking your head at what I said, and that's okay. You likely have an opinion, and would say I do, too. We can try to top each other and have a good go at it. We've all given that a shot once or twice, haven't we? (High-five)

And yet, here's the thing... there is a Reality about Jesus that trumps whatever you or I think about Him, isn't there? As the once-atheist C.S. Lewis observed, Jesus is either a lunatic, a liar, or Lord. He either was a madman, or a manipulator, or... more-than-a-man. So, what we'd conclude doesn't change that reality. We can each, though, conclude in Him personally, and that does change your reality.

Back to this week...

Like many of you, I also read up on several of the stories that everyone's weighed in on. On any given issue, from Lil Nas X ("Who?" some would ask), to things happening in schools, to a trial that some hope will offer "justice," we've all attempted to be "experts," if not "experts" about the alleged "experts."

"Those silly people. Ugh. Why don't they just think like me?"

This is part of the human experience, right?

I've likewise watched well-meaning arguments from people who attempted to solve all the tension claim that Jesus would be "okay" with "______" or "not okay" with "_______." Such arguments seem credible, especially when they're liked by others online. "Liking," by the way, does not account for those who remain silent on liking / hating / tearing / wowing the post because they're afraid of being attacked online for picking the wrong emoji (maybe Facebook needs to create a non-emoji for that?).

I'd like to chime in, but not as an expert. Or a critic of the experts.

This week humbles me every time I get to it. I wasted so many years treating it like a holiday.

Think about it. If Jesus really did rise from the dead, I mean... wow. Shoes and singers don't matter, and yet they do - especially when I consider there is a flawed and lost young man trying to make a name for himself, who is influencing others/youth, and comes from a family he felt he didn't fit in, which means that he has parents who mourn for him, and... wow... wait, did that topic suddenly deepen and widen?

When it comes to freedom and flags, is Jesus our politician? Can we find a handful of verses (at the expense of others) that paint Him to be a Republican/Democrat/Conservative/Liberal who is for/against __________ and would hug/shoot ________ because they _________? Can we call Him "love" and not call Him "holy" so He's just okay with everything? Or can we call Him "holy" and not "love" so He's just against everything? Or is He maybe both? And... wow... wait, did that topic suddenly deepen and widen?

(Insert "Trials and Testimonies" and "Vacations and Viruses" here. Play along at home.)

Might everything we're shaking a fist at actually be an opportunity to slow down, bow our heads and reach up our hands in humility?

*** Yikes, this post is long, It breaks some social media rule about our attention span, I suppose. And yet, here we are. ***

The empty tomb says, "Take a moment, and notice that Jesus isn't always where we expect to find Him, but He is where He is."

You'll either ignore this and construct a "Jesus" who agrees with you, or wrestle with this because He doesn't feel the same way about every issue that you do or make an argument for, nor is He a genie whose job is to grant you wishes so life makes sense.

He is a Savior... who enters into our sin (yes, while calling it sin) so that we can enter into His family (yes, while calling us family). Life after you meet Him changes. He calls us out of where we're at and into an adventure filled with mystery, clarity, frustration, breakthroughs, confusion, wisdom and more.

"Then the angel spoke to the women. 'Don’t be afraid!' he said. “I know you are looking for Jesus, who was crucified. He isn’t here! He is risen from the dead, just as he said would happen... then the eleven disciples left for Galilee, going to the mountain where Jesus had told them to go. When they saw Him, they worshiped Him—but some of them doubted!"

If I may be hypocritical at the end of this long post, I'd invite us all to listen. Not at the expense of speaking, but because only by first listening can we tell how to deepen and widen who or what appears to be shallow, and realize they/it were already much deeper and wider than we'd realized.

But then, speak... by all means speak. For Truth is waiting to shine, but it must first hit us and reflect, lest we simply blind people with our flashlights while we stand in the dark ourselves.