the hardest part of easter 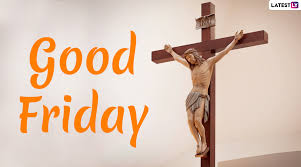 Today may be the hardest part of Easter weekend.

Because most of us here have seen a Cross before.

You’ve maybe looked at one in a church building, or as a piece of jewelry. Perhaps you've felt ashamed every time you see one. Or it could be that you've taken the radical approach of being snarky about it.

You might even be so familiar with the fact that Jesus died for you on a Cross that you end up overlooking how special it is.

That's why one of the greatest miracles on the day Jesus died may have been that it didn't look like a miracle at all.

Instead of legions of angels swooping in to rescue Him, they let Him rescue us.

Instead of the Father snubbing us for all the times we snubbed Him, He subbed in His one and only Son to sub in our place.

Instead of Christ skipping over the pain and jumping right into the Resurrection, He walked through the pain to let us know He'll walk with us through whatever pain in life we face.

Instead of Jesus dying for only certain people, He died for all (including the ones who literally killed him).

"When they came to the place called the Skull, they crucified him there, along with the criminals—one on his right, the other on his left. Jesus said, 'Father, forgive them, for they do not know what they are doing.'" (Luke 23:33-34)

Today may be the hardest part of Easter weekend.

Because most of us here have seen a Cross before.